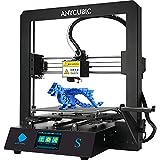 Ok, if you drank only water, obviously you are gonna pee a lot, but it's good. I personally wouldn't drink vitamin water because they do at least something to it to call it "Vitamin Water".

Instead of vitamin water, try drinking specifically green tea. Tea has a lot of benefits and it is proven to help lose weight (not to mention giving your skin a nice glow!). Every once in a while you can drink milk if you want to, but other sugary drinks avoid.

Wrestlers have to maintain a certain body weight and commonly have to spit saliva to loose body weight. Water weighs you down, but if you pee often and as long as you aren't dehydrated, you are good. There is also a benefit to drinking water because it prevents kidney stones. Kidney stones are more painful than giving birth. Is it healthy to just drink water for a week just to cleanse the body?

Yes, but rather than just water try this..

Here’s the key, you need to do this first thing in the morning on an empty stomach. This is perfect while you’re fasting.

Mix 1 Liter (32 oz.) of warm water with 2 level teaspoons of unrefined sea salt. I used pink himalayan crystal salt. As long as it’s not iodized table salt, it should work.

Shake or stir well, then drink the entire container of salt water. It might be hard to down, but I found that the second time was much easier.

This technique is an ancient Yogic cleansing method. I’ve also seen Chinese people do this in the morning, during my trip to China.

Do not perform this cleanse for more than 7 days in a row. Then give yourself weeks or months between the next flush you perform. You do not want to cause an imbalance in your body, and you don’t want to become dependent on the flush to evacuate your bowels.

What To Expect After

The salt water’s saliency is the same as the body’s saliency. So none of the water gets absorbed into the body, and it just passes right through you and out through your colon.

It is recommended to wait about 30 minutes after you’ve drank the salt water before going to the bathroom.

You’ll start to feel your bowel moving as the salt water moves through you. You might even hear some gurgling sounds.

When you do go to the bathroom, the feeling might be reminiscent of diarrhea. Though those of you who have experienced a colonic will know it just feels like evacuating water through the colon.

You might need to go to the bathroom more than once, so only do this flush if you’ll have access to a bathroom nearby.

I suggest adding lemon juice so it's much easier to drink.

Also when you're back to eating food get lots of dark, leafy greens. Kale is a good example. When you eat these they clean out your insides

Anyone else hate drinking water during pregnancy? 11 weeks pregnant?

I felt the same way. I would drink water after I puked when I had morning sickness so a few weeks after the morning sickness cleared, I would associate water with sickness and it made me ill at just the thought. I used to drink sprite and fizzy drinks when I felt nauseous and I couldn't stomach that either!

I'm 26 weeks now and I've been able to drink water and diet coke/fizzy drinks since 20 weeks. Just hang on in there! I found that orange juice helped me a lot and cranberry juice for some reason! Keep yourself well hydrated