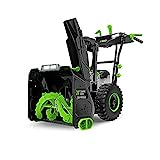 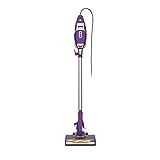 June is Camping Month, and time to stockpile on marshmallows! Pack the tent or stock the campers, and head out into the countryside. Escape workdesks, television and the web for a couple of days and experience the peace of camping out in the open world. Boot camp is about three months.

The rest is civil service.

It's a year and three months in total. It CAN be done. When I was little we went camping when my brother was just 2-4 months old... and he was a preemie! I don't know how hard it will be with a 7 month old... a imagine with him being mobile it might proove a tad difficult but just bring a pack and play, and hats and bug spray for him....you could put him in a zip up jacket with a hood too.

HAVE FUN!!! And don't worry about the nay sayers. I wish we could take Jacob camping but Chris is not a big camper and would rather not. grrrrr Tent camping with an 8 month old?

When our kids were little we took them tent camping many times. We camped in Yosemite, Devils Post Pile and even Borrego Desert Sites. We kept a play pen in the tent with us. When they would wake up at night the wife would get them out nurse them , burp them and put them back to sleep. Those were the days of cloth diapers too. Most of out camp sites had a laundry close by. Our oldest now almost 48 started camping at 6 months, as did our 46 and 44 year old. Our youngest now 38 was a bottle baby, saw 4 month old on her first camping trip. We kept the bottles in our sleeping bag to keep them warm. One night the temp was 21 and I rolled over and found a very coolish bottle in my back. Now that is one way to wake up with a start. camping never was a problem with us. take plenty of diapers, try to keep them on a normal schedule as much as possible. Have fun, take them often. My kids now take their kids camping and some times they will use the tents. Grand parents are great when camping out too, extra child care and most will help with the cooking and dish washing . But we do have problems with sleeping on the grouond. lol