Fireworks Safety Month on June, 2022: Do you think fireworks will be too loudscary for my 5 month old? 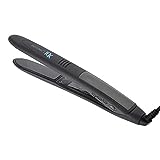 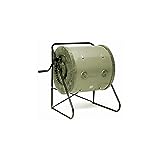 Hey sweetie! There is absolutely NOTHING wrong with taking your little girl to see the fireworks if you feel she can handle it. (Your only mistake was asking a reasonable question in a forum like this and expecting reasonable answers, LOL!) Every baby is different and just because one mother felt her child wouldn't be able to handle the sounds and lights of the fireworks, doesn't mean another baby wouldn't do just fine with it. Maybe your little girl will be able to handle the swings before their children too - Ha-ha. I was in the same boat as you last year. My daughter was born in April so she was 3 months old on the 4th. I knew my daughter and I knew she'd be fine. When I told my mother my plans she freaked out... so did every other person I spoke to about it. Everyone said "you can't take a baby that young to a fireworks display! It will scare her! Her ears will hurt! Blah-blah-blah" I just said "You obviously don't know my daughter." And the truth was, they didn't. I knew she would love it. She always loved the thunder storms too. I'm a big believer that most of our children's fears are projected upon them by the people they trust - like their parents. If mommy and daddy make a big deal about it every time there's a big storm - or worse yet, if mommy or daddy are afraid of the storm, themselves, then the child picks that up and learns that behavior. I have never shown my daughter any reason to be afraid of anything (except, maybe the hot stove or something obvious like that.) When she experienced her first big storm, sure there was that little voice in the back of my head that said "oh no! What if she gets scared!" But instead of worrying about it I just danced around with her and made storms a fun time. (Personally I have always LOVED the thunder and lightening). Same thing with the fireworks. She could tell that I was excited and happy about the fireworks and she picked up on that energy and she was absolutely in awe of the spectacular sights! We went to the first set of fireworks (last year) alone, just her and I (single mom) and she loved it. There were actually random strangers that came up to me after the show and said how surprised they were that a baby so young enjoyed the fireworks display so much. One woman even told me she always assumed her kids would be afraid so she never brought them but after watching my daughter, she wondered if she made the right decision. I brought Avary to 2 more fireworks shows that year and tonight we went again. I assure you, she never had any blood streaming from her ears, not screaming fits of terror, just utter amazement and fun! It was a little tougher this year because she is now mobile so she didn't like being confined to the blanket area for so long waiting for the show to start but I brought lots of stuff to entertain her with.

Oh! You wanna hear something that would really get me boo'd right off of Y!A? Two nights ago I had free tickets to see Big & Rich (country band) and I decided to bring my daughter with me. It was a very tame concert, seated and not at all rowdy. I brought her little earphones to wear and she loved it! Granted we only made it through four songs before she threw a fit because she wanted to get down and run but it was a great experience for both of us. You know your child best and only you know what she can or can not handle. Don't let anyone tell you how to raise your child. Just make sure you are educated about what safety precautions need to be taken for different scenarios and live your life. I hope you got the chance to go tonight and the big meanies on Y!A didn't scare you off from the idea. If not, I know most towns do multiple displays the weekend of the 4th and the following weekend. Maybe you can catch another show. I know I'll be taking Avary again next weekend!

Oh! And for all you high and mighty, dudley-do-rights out there - I don't drink and I am a 31 year old woman who just chooses to do things my own way. I know what's best for my child and I'm sure you know what's best for yours. Don't judge me for not being an uptight b#tch and I won't judge you for being one. Why do people sell and let off fireworks two months before and after the event here in England?

Because we now live in an age where all sense of tradition and occasion have gone out the window, any public holiday or occcasion is preceeded by weeks and weeks of early introduction into the shops, such as:

Halloween stuff for sale in august/september

Its all about making money and sod the meaning of the occasion.

Plus this culture breeds a certain breed of moron that likes to buy fireworks as soon as they appear in the shops, let them off in the daytime for the sake of letting them off, let them off outside peoples houses etc.

With the meaning of Bonfire Night gone we have to contend with this, as well as less regard for safety during their use (because its not restricted enough therefore fire work code gets forgotten ), plus it makes for a longer season of startled, nervous animals too.

Im not against fireworks, I think, halloween party, why not. Bonfire night, why not. But that should be just about it, there are not tight enough restrictions on fireworks.

Plus every neighbourhood store says, we won't let kids buy em in our shop - come november 5th and they want to shift their stock, OF COURSE they sell em.

And as for Guy Fawkes, well some people still burn a guy. But ask most of em what its for and they will probably go.. "errr...its something to stick on the top of the bonfire?" Anyone got views on Firework legislation?

As a family man, i've loved for years having a few fireworks at family parties and on Nov 5th, i been to large displays as well but it just isn't the same.

I have done the best regairding safety, had fire extinguishers, water, safety glasses, etc so much more than most people.

I also work in DIY retail and 5years ago our company decided to start selling Firework against all the wishes of store managers and staff.

From the stores point of view it is a nightmare, storage in containers outside which have been robbed by proffesionals with cutting equipment, worries about selling to minors and trading standards trying to catch you out, etc.

This has been offset by the company making a HUGE margin on them, quite astonishing how much and so i see no end to the company selling them, even the store staff hate it.

So going back to my original point i love firworks, for parties, etc but i would give it up today, completely just to stop teenages and children setting them off all the time.

As some of you will know, we have a celebration here in the UK on 5th of November which involves firworks, this would be fine if it was just for the night or a few around there. The problem is you hear bang after bang for weeks on end, despite government restrictions they are available everywhere and young kids get hold of them easily.

Every year it is worse and worse, loads of accidents, loads of stupidity and week after week of noise in the early hours.

The last few years we've had a huge rise in them over christmas and new year so now it's running into a November/December two month firwork fest.

It's all too much, stop sales, give them to professionals only, no more noise and a lot less accidents.

So why will it never happen? As well as the sellers, the Government is making a packet too.