Plant the Seeds of Greatness Month on February, 2022: what do you do on a blue moon!? 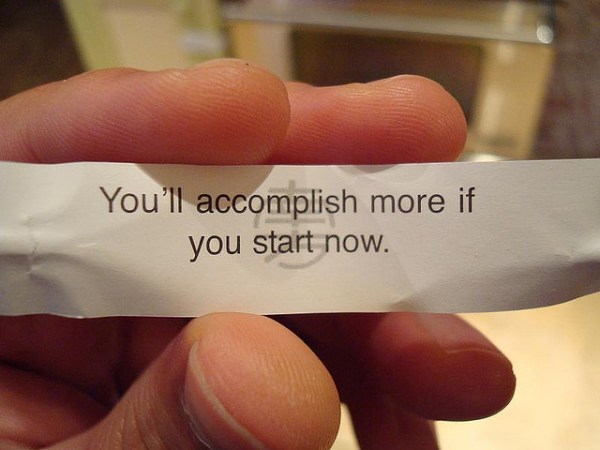 Not anything special but I know this:

Superstition only has that the occurrence of a blue moon is the perfect time to plant the seeds of long-term goals that will blossom in the sun of a future day. This idea has to do with the superstition attacked to the blue moon that it contains magical properties. Any goals forwarded and planned beneath the glow of the second full moon of the month are thought to have the benefit of a kind of psychic tidal pull of the satellite. Unfortunately, the magic of the blue moon is unpredictably intense. To put in motion your goals for the future underneath the moon at the end of the month is the same thing as making a wish granted by a genie. If you don't use very careful and precise language, the result may very well be a sweet cookie full of arsenic. The potency of the magic of the blue moon is said to be concentrated and passionate; you may get what you wish for but in a way not foreseen if you allow loopholes to dangle beneath the bright reflection of the sun's light against the cold darkness of the lunar surface.

What if you were actually born during a blue moon? It is suggested that those who are lucky enough to be born during this rate celestial even are blessed with extraordinary potential. Unfortunately, that old bugaboo of the unpredictability of the blue moon means that this potential may never be fulfilled because just as the potential for greatness is increased, so is the potential for obstruction of greatness. While the possibility of achieving unparalleled heights is a birthright, unless the person actually born during a blue moon fully understands and exploits his great powers, he can expect to always receive that damning praise of having great potential. 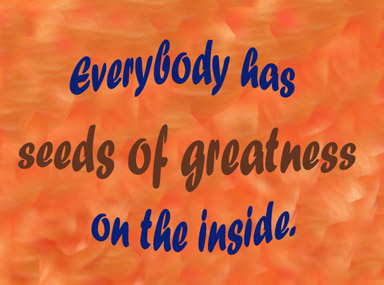 Why should I stay alive?

There is a way out. Just listen to me and don't do anything you will regret. You are like a peach tree. You cannot control when you will blossom, and you cannot make yourself blossom before your time. You must plant your first seed. If you are willing to guide your seed, to look after your seed, then you will grow to greatness. You will become a peach tree with golden leaves if you start now, You may wish you will grow into an orange or apple but you will get a peach. Penniless, death, you are too concerned about what was and what will be. There is a saying that my grandmother told me, Yesterday is history, tomorrow is a mystery but today is a gift, that is why it is called 'the present'. You are here on this earth to live a special journey, YOUR journey, no one else's journey and you will follow your own path.

You need to show all these people you are worth it. It will be a hard road, but when you are finished, I will promise you that you will feel happy. The first thing you have to do is go talk to a counsellor, you must not be afraid, this will also impress people who think you are stupid and lazy because you are not and it is time to show them that.

After you have been to the counsellor, you must break the habit of being lazy. You are lazy because you think there is nothing to be active for, this is not true, Every morning, go for a long run in the fresh air. Physical exercise reduces depression and anxiety. You must go to a GP so he can prescribe you to anti-depressants-which will help with depression. Then you must buy some rat and mice traps and if you have the financial ability to look after one, adopt a cat from an animal shelter-which will kill the mice and rats and keep you company. If you cannot afford a cat just yet, then you must put up with snap each night because it will be worth it. Then you must go get a job. Hire a suit, walk in to a job interview with all confidence and keep your head up. You will get a job, even after many interviews you are bound to get one. If you don't, apply to social security for an unemployment payments. These sort of people are sometimes very unhelpful but you must press onwards and you will get what you want. If you want, you could take out a loan from the bank and start your own business but I don't recommend it. Once you have a bit more income, you must fix your little house up. This life is your oyster so go for it, show everyone you can make a life for yourself, Fix that house up and you will be amazed because that feeling of death will leave you and people will see you are worth it. By now you could probably afford a cat so it can catch the mice and keep you company. If you want, you could go to university and study your dream. When you are qualified, you can go get the job YOU want, you could even meet a nice girl at university. When you have a nicer home, better income and the death feeling has left you, it is time to meet someone. Go on social trips out, ask friends to introduce you to a girl they know, join a date site, put adds in the newspaper, and someone will certainly answer you. You will probably get your heartbroken a few times because that is what happens to everybody but you must get over it and find someone else. Also, allow you new love to enter your life and love her and don't get to clingy. If you never have a special person (which I am sure you will) adopt a child for yourself. You will be a great father, but I am sure you will meet someone and have children. You will not be like your father. You are your own person that can live your life and succeed. You have a future and it will look bright if you let it. Always have a mantra, if you get angry or upset remember, 'I am destined for greatness and no one will stop me.' All this will be hard but it is worth it, trust me.

Let me tell you a little story. My Grandfather had an extremely hard life. He was always being beat up by his parents and kids at school and everyone said to him that he would never amount to anything...and he believed them. He always had thoughts of death like you but he kept on and decided to live his life so got a great job and he began his new life. He never thought he would meet anyone, have a child, good job or a farm then one day he met a women. He was 45 when he had a child, had a farm, great job and had money, had a wife and he was very happy and he never looked back, now he has a grandchild and he is enjoying his declining years-this will happen to you.

Try it and you will find out.

I hope I helped.

I wish you the best of luck. 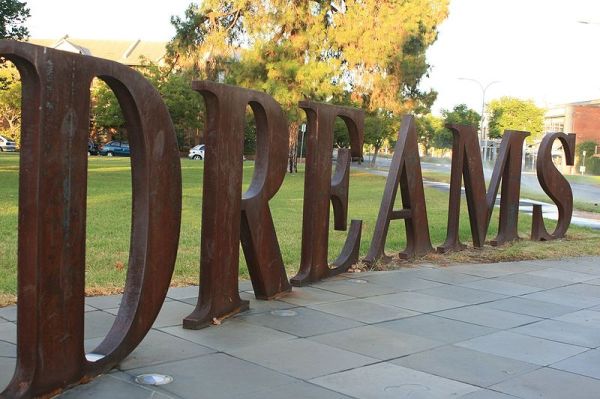 Even the earliest Christians knew not to take Genesis literally. You are on the right path:

"Fundamentalists often make it a test of Christian orthodoxy to believe that the world was created in six 24-hour days and that no other interpretations of Genesis 1 are possible. They claim that until recently this view of Genesis was the only acceptable one—indeed, the only one there was.

The writings of the Fathers, who were much closer than we are in time and culture to the original audience of Genesis, show that this was not the case. There was wide variation of opinion on how long creation took. Some said only a few days; others argued for a much longer, indefinite period. Those who took the latter view appealed to the fact "that with the Lord one day is as a thousand years, and a thousand years as one day" (2 Pet. 3:8; cf. Ps. 90:4), that light was created on the first day, but the sun was not created till the fourth day (Gen. 1:3, 16), and that Adam was told he would die the same "day" as he ate of the tree, yet he lived to be 930 years old (Gen. 2:17, 5:5).

Catholics are at liberty to believe that creation took a few days or a much longer period, according to how they see the evidence, and subject to any future judgment of the Church (Pius XII’s 1950 encyclical Humani Generis 36–37). They need not be hostile to modern cosmology. The Catechism of the Catholic Church states, "[M]any scientific studies . . . have splendidly enriched our knowledge of the age and dimensions of the cosmos, the development of life forms, and the appearance of man. These studies invite us to even greater admiration for the greatness of the Creator" (CCC 283). Still, science has its limits (CCC 284, 2293–4). The following quotations from the Fathers show how widely divergent early Christian views were.

"For as Adam was told that in the day he ate of the tree he would die, we know that he did not complete a thousand years [Gen. 5:5]. We have perceived, moreover, that the expression ‘The day of the Lord is a thousand years’ [Ps. 90:4] is connected with this subject" (Dialogue with Trypho the Jew 81 [A.D. 155]).

"On the fourth day the luminaries came into existence. Since God has foreknowledge, he understood the nonsense of the foolish philosophers who were going to say that the things produced on earth come from the stars, so that they might set God aside. In order therefore that the truth might be demonstrated, plants and seeds came into existence before the stars. For what comes into existence later cannot cause what is prior to it" (To Autolycus 2:15 [A.D. 181]).

"All the years from the creation of the world [to Theophilus’ day] amount to a total of 5,698 years and the odd months and days. . . . [I]f even a chronological error has been committed by us, for example, of 50 or 100 or even 200 years, yet [there have] not [been] the thousands and tens of thousands, as Plato and Apollonius and other mendacious authors have hitherto written. And perhaps our knowledge of the whole number of the years is not quite accurate, because the odd months and days are not set down in the sacred books" (ibid., 3:28–29).

"And there are some, again, who relegate the death of Adam to the thousandth year; for since ‘a day of the Lord is a thousand years,’ he did not overstep the thousand years, but died within them, thus bearing out the sentence of his sin" (Against Heresies 5:23:2 [A.D. 189]).

"And how could creation take place in time, seeing time was born along with things which exist? . . . That, then, we may be taught that the world was originated and not suppose that God made it in time, prophecy adds: ‘This is the book of the generation, also of the things in them, when they were created in the day that God made heaven and earth’ [Gen. 2:4]. For the expression ‘when they were created’ intimates an indefinite and dateless production. But the expression ‘in the day that God made them,’ that is, in and by which God made ‘all things,’ and ‘without which not even one thing was made,’ points out the activity exerted by the Son" (Miscellanies 6:16 [A.D. 208])." 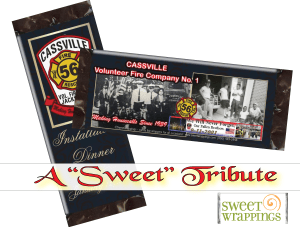 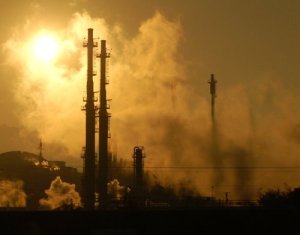 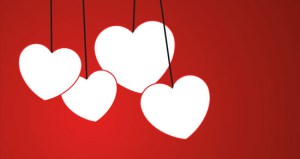 National Bird Feeding Month - Does anyone know what some.? 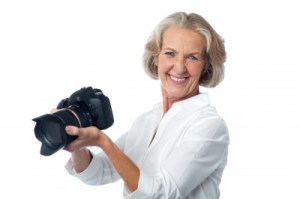 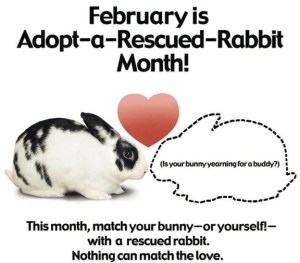 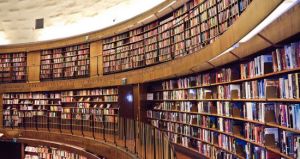 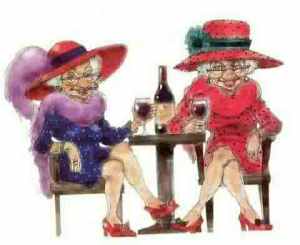 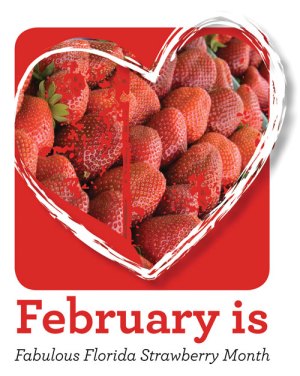