International Wildlife Film Week on April, 2023: where can i find a good biography on bindi irwin? 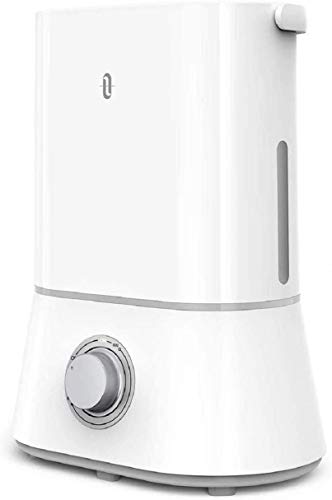 Bindi Sue Irwin (born 24 July 1998 in Nambour, Queensland, Australia) is the daughter of Terri Irwin and Steve Irwin. Bindi is a child celebrity, who has tried her hand at acting, singing, dancing, and rapping. She espouses the same conservationist philosophy as her parents.

Her first name comes from the name of her father's favourite female crocodile at the Australia Zoo, and her middle name is from the family's dog Sui, Sue; in addition, Bindi is an Australian Aboriginal word that means little girl according to her father.

Irwin began appearing on television shows as early as age two. She appeared regularly in her father's television shows, including The Crocodile Hunter Diaries, and also appeared in the 2002 film The Wiggles: Wiggly Safari in a credited cast role.

Irwin was the presenter of a 26-part wildlife documentary kids show called Bindi the Jungle Girl, a production of the Discovery Kids television network. Her father was filmed in many of the early shows before his death in 2006, when production was temporarily put on hold. The series premiered in June 2007 on Discovery Kids.

She hosted a special about her father called My Daddy the Crocodile Hunter. She also starred in a child fitness DVD in which she sang and danced with a group called Bindi Kidfitness. She made a hip-hop album called Trouble In The Jungle. Bindi and The Crocmen sang "Trouble In The Jungle" on The Today Show in November 2007. Bindi is currently learning how to play the piano.

In September 2006, at age 8, Bindi Irwin appeared on the cover of the Australian magazine New Idea, the youngest person to have done so in the magazine's 104-year history.

In early January 2007, she appeared on The Ellen DeGeneres Show. At that time, she was also scheduled for appearances on the Late Show with David Letterman and in attendance with Russell Crowe at a major dinner. She was promoting her new video, Bindi Kidfitness, and fulfilling her role as a newly-appointed "tourism ambassador" for Australia.

Irwin appeared on Larry King Live on 11 January 2007. She said that creative writing was her favourite subject and math is her least favourite. She also said that she enjoys being homeschooled because she and her teachers were such good friends.

On 22 November 2007, Bindi appeared with her mother Terri in the 81st Annual Macy's Thanksgiving Day Parade and performed songs from her album Trouble in the Jungle with The Crocmen on their jungle animal float.

Bindi commits 10% of her wage to Wildlife Warriors, the charity founded by her family in 2002.

She will star as Kirra in Free Willy 4: Escape from Pirate's Cove which is due to be released in 2010.

Bindi's father, Steve Irwin, was killed by a stingray on 4 September 2006 while setting up to shoot ocean reef footage for a show that would include segments with Bindi, because weather prevented him from filming footage for a different show. It has been reported by various international media that Bindi will continue her late father's conservation and television work. Steve Irwin had previously made it clear that he supported Bindi's rise to fame, claiming "I just want to be co-star to my daughter". Her family will continue the show by going on a tour in America, stopping at Los Angeles and New York. If I was to move to Rochester in Kent is there anything that you can tell me about it? Good or bad.?

Rochester is one of the Medway Towns, the Medway being the local river. It therefore is part of a vast agglomeration which includes Chatham, Gillingham, Rainham, Walderslade and Strood. It is less than an hour away from London by train or by car.

It is an old town, which goes back to Roman times: part of the walls are still there. It boasts a splendid medieval cathedral, an imposing castle (partly ruined), a good museum and quaint old streets . Charles Dickens lived and wrote there too, so there are various festivals that take place annually when people amble about in Victorian dress, and a Dickens centre. It merges seamlessly with Chatham which used to be an active centre for boat building and an important naval base. Nowadays the Dockyard has been turned into a major tourist and craft centre. There also are several forts that were built to repel Napoleon, one of which was converted into a hospital by Florence Nightingale and is now a Girls Grammar School. The Medway authority is independent from Kent.

Rochester is very busy in the summer as it attracts tourists from abroad, but is much quieter in the winter. Most modern shops are actually in Chatham, those in Rochester being more "arty" or "touristy", with some antique dealers for good measure, but it is a short walk from one town cemtre to the other. It hosts a good market every Friday, where real bargains can be snapped up.

There are various kinds of schools in the locality ranging from a public school to several state secondary moderns and comprehensives, so the choice is wide as there are no less than five grammar schools in the joint towns. There also are several Higher Education Colleges there and a renowned College of Art that trained Zandra Rhodes and Tracy Emin.

For mega shopping there is Bluewater just up the road and several other major shopping centres dotted around. Also local Ebbsfleet international station has just opened and it is a quick journey across the Channel by Eurostar.

A ten minutes drive away lies Maidstone, another historical town where young people congregate from miles around in the evenings every week-end and paint the town red. It has a large variety of night clubs, eateries, and a multi screen cinema.

Despite all this it is not an amazingly prosperous area.There is a broad ethnic mix without obvious conflicts. There exists a popular belief that the "chav" culture came into being from the Medway towns thought the locals deny this and say that chavs are across the water in Essex. Housing ranges from many Victorian or post Victorian buildings to a spate of modern houses and flats as the government has encouraged town development in the whole area. However the countryside is not far, with open spaces and wildlife in the marshes that border the joint Medway/ Thames estuary. The fabulous Kentish "garden of England" is a short drive away, with traditional pubs and oast houses. For walking, the Pilgrims' Way stretches from London to Canterbury passing through on the top of the Downs.

Many people commute to and from London daily as housing is cheaper there than in London itself.

With regard to the first comment posted above, the problems with the hospitals were in Maidstone and Tonbridge, not in Rochester which belongs to a different health authority, and the administrator who was guilty of neglect has now left. One particular school has been singled out in the media because some bullying was filmed on a pupil's mobile phone. It happens to be the same school which the boy who died in Austria courageously trying to save a friend also attended.