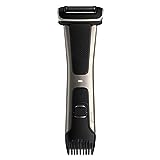 Dont know what kind of crisis you are in so here are a bunch:

Department of social services for public to access information:

800-342-3009: Access to general information regarding Department programs and HEAP Hotline

24-hour-a-day hotline, Provides crisis intervention and referrals to local services and shelters for victims of partner or spousal abuse. English and Spanish speaking advocates are available 24 hours a day, seven days a week. Staffed by trained volunteers who are ready to connect people with emergency help in their own communities, including emergency services and shelters. The staff can also provide information and referrals for a variety of non-emergency services, including counseling for adults and children, and assistance in reporting abuse. They have an extensive database of domestic violence treatment providers in all US states and territories. Many staff members speak languages besides English, and they have 24-hour access to translators for approximately 150 languages. For the hearing impaired, there is a TDD number. This is a great resource for anyone--man, woman or child--who is experiencing or has experienced domestic violence or abuse, or who suspects that someone they know is being abused.

Help for Parents: none listed here at present. see crisis intervention above What Is The Red Ribbon For Cancer?

Red Ribbon Week is the nation’s oldest and largest drug prevention program in the nation reaching millions of Americans during the last week of October every year. By wearing red ribbons and participating in community anti-drug events, young people pledge to live a drug-free life and pay tribute to DEA Special Agent Enriqué “Kiki” Camarena.

Special Agent Camarena was an 11-year veteran of the DEA assigned to the Guadalajara, Mexico, office where he was on the trail of the country’s biggest marijuana and cocaine traffickers. In 1985, he was extremely close to unlocking a multi-billion dollar drug pipeline.

On February 7, 1985, he was kidnapped, brutally tortured, and murdered by Mexican drug traffickers. His tragic death opened the eyes of many Americans to the dangers of drugs and the international scope of the drug trade.

These pledges were delivered to First Lady Nancy Reagan at a national conference of parents combating youth drug use. Several state parent organizations then called on community groups to wear red ribbons during the last week of October as a symbol of their drug-free commitment.

How to Celebrate Red Ribbon Week:

The NFP estimates that more than 80 million people participate in Red Ribbon events each year.

The campaign is a unified way for communities to take a stand against drugs and show intolerance for illicit drug use and the consequences to all Americans.

Schools, businesses, the faith community, media, families, and community coalitions join together to celebrate Red Ribbon Week in many ways, such as: sponsoring essay and poster contests; organizing drug-free races; decorating buildings in red; handing out red ribbons to customers; holding parades or community events; and by publicizing the value of a drug-free, healthy lifestyle.

DEA joins with community coalitions and prevention groups to plan and carry out Red Ribbon activities, ranging from classroom events to stadium-sized rallies. When will this evil waste of children's lives end?

The entire persecutorial stance of most Christian churches against gay youth have contributed substantially to great harm and even death throughout the years.

It has been shown quite conclusively that this policy and attitude of irrational condemnation does indeed bring great harm to innocent people.

They know what they are doing and do not care. They call it hating the "sin" but its result is hating the person and bringing deliberate harm to them. Our vulnerable youth deserves to learn the truth concerning sexual orientation instead of the bigoted and ignorant concepts taught by most of our Christian churches. They deserve the freedom to be themselves. They in fact should be ENCOURAGED to form committed and loving relationships and thereby enrich their lives and the lives of those around them.

Of course the Christian religions have a long history of perpetuating hateful and harmful "moral" stands, like denying women equal rights and condoning slavery for centuries.

This is just one more instance of choosing their own ignorant self interest at the expense of innocent people. They KNOW the harm they do and continue anyway.

The high suicide rate for gay teens in this country -- 4 to 10 times that of non gay teens -- is NOT without cause. Now studies show the serious effect of the ignorant blanket condemnation of homosexuality on our innocent youth.

Here is merely one example:

Researchers have established a correlation between the health of lesbian, gay and bisexual adolescents and how their families react to them coming out.

“For the first time, research has established a predictive link between specific, negative family reactions to their child’s sexual orientation and serious health problems for these adolescents in young adulthood—such as depression, illegal drug use, risk for HIV infection, and suicide attempts,” said Dr. Caitlin Ryan, Director of the Family Acceptance Project at the César E. Chávez Institute at San Francisco State University and lead author of the research.

• Latino males reported the highest number of negative family reactions to their sexual orientation in adolescence.

“This study clearly shows the tremendous harm of family rejection, even if parents think they are well-intentioned, following deeply held beliefs or even protecting their children," said Dr. Sten Vermund, a pediatrician and Amos Christie Chair of Global Health at Vanderbilt University.

Those people who actually ARE concerned enough to learn the truth about our gay youth should visit the following site:

Of course if you are happy in your ignorance and bigotry ignore the truth.