National Stalking Awareness Month on January, 2023: Is it against the law for a non-resident to remove Public Service announcement our apartment Memo 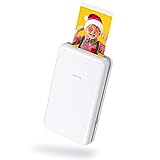 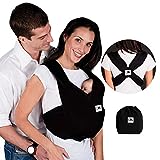 From what you describe, she isn't harassing you. When you post something like that on a public board as you did, it's kind of open for anyone to remove to deface as they see fit, since once posted, you no longer have ownership of it.

You can ask the apartment complex to post it in such a way that they're not relinquishing ownership of it and if someone removes it or defaces it, it could be considered vandalism. But odds are they're not going to bother with it since they wouldn't want to get dragged into pissing contest between you and this other woman.

If the stalker's trial is Jan 20, that's only a couple days away. Let justice run its coarse.

If it's something you really feel strongly about and this guy does actually pose a threat to other residents, make copies of your flier and stick it under everyone's door. But make sure you don't make any accusations against him that aren't substantiated or he can sue you for big $$'s. Can we agree that this should be addressed as an issue now?

I think female violence is becoming more and more recognised, but there is still a long way to go.

However, the study you referenced focussed on reciprocity as an indicator of injury, particularly hospitalisation. There are other studies that focus on other aspects of DV, from sexual assault, to homicide to stalking etc. What I am saying is that this particular study does not cover the complexities of domestic violence and assult, in all of its permutations.

But, to get back to the facts: Women do commit DV. Men are often victims, sometimes victims of serious assault. I do not quite understand why society seems to ignore this. however, I do think this is changing. truly. for example you see more and more articles in the paper of women being charged with or convicted of DV. This indicates increased public awareness.

As to the lack of shelters for men. Again, a significant problem. However, there are a couple of points to remember:

Many shelters are privately funded. Therefore, if a male orientated organisation wishes to, they could raise money to fund them, just as feminist organisations have done.

When it comes to state funding, obviously there is a limit to how much money there is to go around. So it seems logical that the money gets spent where it is needed the most, given that there will never be enough to handle each and every case. So, women are up to 7 times as likely to recieve serious injury, and even death, coupled with the fact that they will often have children in tow, makes them the most needy, when you look at statistics versus a finite pot of cash.

What I am saying is that I do not believe there is deliberate sexism, more like a lack of awareness. And this is one area that the MRM can make a real change for good in increasing public awareness. With that awareness will come a greater drive to change the situation and provide better resources for male victims.

"Using data from a telephone survey of 8,000 U.S. men and 8,000 U.S. women, this study compares the prevalence and consequences of violence perpetrated against men and women by marital and opposite-sex cohabiting partners. The study found that married/cohabiting women reported significantly more intimate perpetrated rape, physical assault, and stalking than did married/cohabiting men, whether the time period considered was the respondent's lifetime or the 12 months preceding the survey. Women also reported more frequent and longer lasting victimization, fear of bodily injury, time lost from work, injuries, and use of medical, mental health, and justice system services."

as intimate femicide or intimate partner homicide. Preliminary findings of an

show that more than 35% of all murders of women are reported to be committed by an intimate partner. In comparison, the same study estimates

that only about 5% of all murders of men are committed by an intimate partner.

What makes them think they have the right?

Nice Rant...I don't agree as to eating a cat, and returning to the ancient Roman mentality of arena games, but your points are well taken, at least by me. I also agree about our politicians, they are all way too corrupt and need to be voted out of office. Such is the price paid for living in a free country. I've never actually said this to anyone before, but if you feel America is too regulated for you, by all means, leave. You will never find another country like ours, it is far and away the best country in the world.