National Alzheimer's Disease Month on November, 2022: Is Aricept used for prevention of alzheimers as well as treatment? 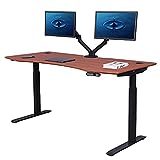 Aricept is brand name for the drug donepezil.

Currently, there is no definitive proof that use of donepezil or other similar agents alters the course or progression of Alzheimer's disease. However, 6-12 month controlled studies have shown modest benefits in cognition and/or behavior, such as one published in 1999. Pilot studies have reported that donepezil therapy may potentially have effects on markers of disease progression, such as hippocampal volume. Therefore, many neurologists, psychiatrists, and primary care physicians use donepezil in patients with Alzheimer's disease. In 2005, the UK National Institute for Clinical Excellence (NICE) withdrew its recommendation for use of the drug for mild-to-moderate AD, on the basis that there is no significant improvement in functional outcome; of quality of life or of behavioral symptoms. However, NICE revised its guidelines to suggest that donepezil be used in moderate stage patients for whom the evidence is strongest.

While the drug is currently indicated for mild to moderate Alzheimer's, there is also evidence from 2 trials that it may be effective for moderate to severe disease. An example of this is a Karolinska Institute paper published in The Lancet in early 2006, which states that donepezil improves cognitive function even in patients with severe Alzheimer's disease symptoms. Cerefolin with NAC has helped doctors in what way?

Controlled trial of N-acetylcysteine for patients with probable Alzheimer's disease

The antioxidant N-acetylcysteine (NAC) or placebo was administered in a double-blind fashion to patients who met National Institute of Neurological and Communicative Disorders and Stroke-Alzheimer's Disease and Related Disorders Association criteria for probable AD. Testing for efficacy occurred after 3 and 6 months of treatment. Comparison of interval change favored NAC treatment on nearly every outcome measure, although significant differences were obtained only for a subset of cognitive tasks. How is chronic illness different from acute illness, and what are some examples please?

Certain illnesses (such as Lyme Disease) may either be acute or chronic, it depends on the immune system of the host and the time of infection.

Diagnostically speaking, a chronic illness is often serious and usually takes longer to find and diagnose. There is often no cure for a chronic disease. Acute diseases are fast and have noticeable symptoms (bleeding, pain, nausea etc.) and are often curable.

Chronic health is possible and acute illness is also possible.