Cancer Control Month on April, 2023: what is ovarian cancer? 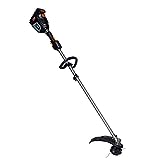 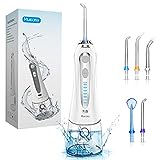 What is ovarian cancer?

Ovarian cancer happens when cells that are not normal grow in one or both of your ovaries. This topic is about epithelial ovarian cancer, the most common type.

This cancer is often cured when it is caught early. But most of the time, the cancer has already spread by the time it is found.

It is frightening to hear that you or someone you love may have ovarian cancer. It may help to talk with your doctor or join a support group to deal with your feelings.

We do not know what causes it. Some women who have it also have a family history of cancer. But most do not.

Some women are more likely than others to get this rare cancer. They include women who are past menopause, who have never been pregnant, or who have never used birth control hormones.

What are the symptoms?

Ovarian cancer does not usually cause symptoms at first. But most women do have some symptoms in the 6 to 12 months before ovarian cancer is found. The most common symptoms are pain or swelling in the belly and gas. Other symptoms are diarrhea or constipation, or an upset stomach.

But these symptoms are so general that they are more likely to be blamed on a number of other causes. Most of the time, the cancer has already spread by the time it is found.

How is ovarian cancer diagnosed?

Sometimes the doctor may feel a lump in or on an ovary during a routine pelvic exam. Often a lump may be seen during an ultrasound. Most lumps are not cancer.

The only way to know for sure that a woman has ovarian cancer is with biopsies taken during surgery. The doctor makes an incision in the belly so that he or she can look inside. The doctor will remove bits of any tumors that are found and send them to a lab to confirm that they contain cancer.

There is a blood test called CA-125 (cancer antigen 125) that is sometimes done in women at high risk, but so far there is not enough proof to show that this test works to find ovarian cancer early in most women. Too much CA-125 in the blood can be caused by many things, like the menstrual cycle, endometriosis, uterine fibroids, as well as many types of cancer.

How is it treated?

Surgery is the main treatment. The doctor will remove any tumors that he or she can see. This usually means taking out one or both ovaries. It may also mean taking out the fallopian tubes and uterus. After surgery, most women have several months of chemotherapy, which means taking drugs that kill cancer cells.

This cancer often comes back after treatment. So you will need regular checkups for the rest of your life. If your cancer does come back, treatment may help you feel better and live longer.

Ovarian cancer is very serious, but many women do survive it. It depends on your age and overall health, how far the cancer has spread, and how much cancer is left behind during surgery.

It may help to talk to other women who are going through the same thing. People who take part in support groups usually feel better, sleep better, and feel more like eating. Your doctor or your local branch of the American Cancer Society can help you find a support group. You can also look on the Internet to find support sites where women with this cancer can talk to each other.

What are my chances of getting ovarian cancer?

You may also be more likely to get this cancer if:

You never had a baby.

You started your menstrual cycles before age 12 and went through menopause after age 50.

You are unable to become pregnant.

You have used hormone replacement therapy for menopause symptoms.

I'm praying for you

Hope I could help Cancer is a disease of the body's cells.

Although there are many kinds of cancer, they all start because of out-of-control growth of abnormal cells. Normally cells grow and multiply in an orderly way. Occasionally, however, if something causes a mistake to occur in the cells' genetic blueprints, they may behave abnormally and spread out of control. This continued uncontrolled growth of abnormal or mutated cells is permitted to reproduce due to extensive immune collapse. Cancer is allowed to grow because our immune surveillance system actually 'falls asleep'.

Cancer is the term used to describe about 100 different diseases including malignant tumours, leukaemia (a disorder of white blood cells), sarcoma of the bones, Hodgkin's disease and non-Hodgkin's lymphoma (affecting the lymph nodes) in which uncontrolled cell growth threatens the rest of the body.

How does cancer develop and spread?

Cancer cells develop because of damage to DNA. This substance is in every cell and directs all its activities. Most of the time when DNA becomes damaged the body is able to repair it. In cancer cells, the damaged DNA is not repaired and the cells become 'mutant' . People can inherit damaged DNA, which accounts for inherited cancers. Many times though, a person’s DNA becomes damaged by exposure to something in the environment, like smoking.

As mutant cells grow and divide a mass of abnormal cells or a tumour is formed. In some cases, the cells do not form a lump or tumour. Leukaemia is caused by blood cells malfunctioning, in which case the mutant cells circulate around the body and do not form a lump. Some tumours grow but do not spread beyond the immediate area in which they arise. These are called benign tumours, and are not cancerous. Other tumours can spread into surrounding areas, or to different parts of the body. These are known as malignant tumours commonly referred to as cancers.

Normally, our immune system has 'watch guards' that can single-out, identify and even destroy carcinogenic agents that enter the body daily. Immune system cells such as B-lymphocytes produce antibodies that are designed to attack and eradicate any malignant and mutant cells, together with producing a variety of immune system 'safe chemicals' that keep tumours in check.

However, given the multifaceted defense strategy of our immune system, sometimes damage occurs to those defense mechanisms, and it is remarkable that in some people, the cancer cells can grow, even without detection. Why? Primarily because people whom have a faulty immune response, are at much higher risk of developing cancers.

Different types of cancer can behave very differently. For example, lung cancer and breast cancer are very different diseases. They grow at different rates and respond to different treatments. That is why people with cancer need treatment that is aimed at their particular kind of cancer.

In some cases, we don't know. We do know that there are chemical, physical and biological agents that trigger the cell mutations that cause cancer. These are called carcinogens, and include tobacco, ultraviolet radiation and asbestos.

A number of cancers share risk factors. One in eight cancers and one in five cancer deaths are due to smoking and about 1 per cent of cancers are related to alcohol consumption. Many cancers occur as a direct result of dietary influences, from infectious agents or exposure to radiation (especially skin cancers from ultraviolet radiation), while a few result from inherited faulty or altered genes.

It is a common myth that injuries can cause cancer. Cancer is not caused by a fall, fracture, bruise or bump. Sometimes it is when a person seeks medical help for an injury that a tumour is discovered, but it may have been there for a long time and is not due to the injury. Some people believe that cancer may be caused by stress, but there is not yet any reliable evidence to support this.

Because many of us cannot avoid exposure to pollution, pesticides, additives, ulta-violet rays, etc etc. it is therefore crucial that we BOOST our natural immune defenses to protect us against the potential risk of cancers.

Cancer is the second leading cause of death in the United States. Half of all men and one-third of all women in the US will develop cancer during their lifetimes.

How is cancer treated?

Some cancers can be cured if the tumour is detected and surgically removed before the cancer cells spread. Chemotherapy (anti-cancer drugs) and radiotherapy (radiation treatment) can also cure cancer, by killing cancer cells or stopping them from multiplying. Often these treatments are most effective when used together. The main goal of treatment is to cure the disease, but if a cure is not possible, different treatments may be used to control the cancer.

Unfortunately, many patients experience a range of different responses to these treatments, depending upon the condition of their general health at the time of commencing chemotherapy and/or radiotherapy. A common experience though, is that the patient's immune system is significantly compromised and weakened by these treatments, and they become more susceptible to "opportunistic" infections.

New ways of treating cancer are always being developed and tested. In the future, we can expect to see a new range of 'designer drugs' which can block the blood supply that tumours need to grow; correct the genetic defects that lead to cancer; and assist the body's immune system to fight cancer.

Transfer Factors are made up of three separate fractions that balance the immune system for a more effective immune response. The three fractions are the INDUCER, ANTIGEN SPECIFIC and SUPPRESSOR fractions. The inducer fraction provides a basic training to get the immune system into shape. The antigen specific fraction functions like a set of “wanted” posters that help identify critical features of the infectious enemy. Finally, the suppressor fraction is able to recognize the enemy, defeat it and then calm the immune system back to a normal level.

Unlike most immune supplements that only provide building blocks for proper immune function, transfer factors also provide immune intelligence. It is the immune information and education that helps to focus the immune system, keeping it on task and effective.

Transfer Factors make up a highly concentrated, immune messaging system - designed by nature - to transfer critical immune programming from one individual to another. It is important to recognise that Transfer Factors are non-species specific. This means that their immune power is universally beneficial to all humans and animals that are mammals.

In conclusion, Transfer Factors BALANCE the immune system through boosting it, and controlling it.

Colors of cancer awareness for each month?

Not sure what you mean by colors of cancer awareness . . lol . . but if you are referring to the ribbon color used for some types of cancer and the National Health Observants by month . . here goes: National Child Abuse Prevention Month - What are the types of elder abuse?