National Win With Civility Month on August, 2023: Can someone give me some information on he confederate and confederate flag? 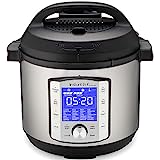 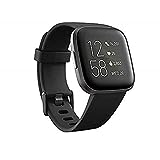 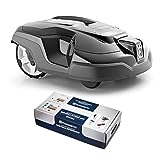 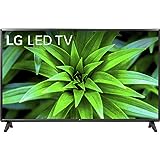 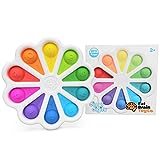 The confederacy had the right to leave the United States --it's a right specifically listed in the Constitution. This is why Jefferson Davis, who was held in custody after the war from 1865 to 1867,l was released without trial nor conviction -- he didn't commit treason.

To win the war, the North "cracked" the Constitution with paper money, states admitted during wartime, special terrorism legislation (sound familiar?) and a suspension of habeus corpus. These are the seeds of dictatorship that tick away at our freedom to this very day.

The South COULD NOT grow up and sunset slavery to avoid war. I'm proud to say that the places I've lived for mnany years until I ran away to the West for retirement -- Alexandria and Fairfax County and Richmond (all in Virginia) voted AGAINST succession because they saw the handwriting on the wall and had more to lose than to gain. I think they also saw the coming bloodbath: More people died in the Civil War than all of America's other wars --combined! In Maryland and Virgina, where I lived for many years, the rivers and creeks running downhill to the Chesapeake Bay ran red with human blood for days after a battle.

The Confederacy as a government was a whorehouse of idiotic bigots who didn't even know how to fart quietly. What a mess! Hopelessly incompetent --a story that has never been properly told. The South as a nation wouldn't have lasted five months without Robert E. Lee.

Speaking of fools, the North nearly wussied out and was going to offer a deal to the South because of all the casualties! The most cowardly of the union generals, McClellan, was way ahead to win in 1864 on a peace at any price democratic ticket. Nine weeks before the election, Atlanta fell and Lincoln was re-elected for prosecuting the war in spite of it meaning political suicide for him. Without Lincoln, the United States would never have become a world power and the Germans would have won WW I.

My point: both the North and the South lost the Civil War.

The confederate flag --everyone has f*ck*d this up hopelessly.

The actual "confederate flag" is a blue DOUBLE-TRIANGLE with a white star in the middle of it. This is the flag flying above Atlanta in the matte painting of the seige of Atlanta shown in "Gone WIth the Wind":

Hurrah for the bonny blue flag that wears the single star!"

A red flag with blue diagonal cross containing 13 stars was the confederate BATTLE FLAG used exclusively by the soldiers in combat. It stood for gallantry in battle and for civility (no stealing of crops or harassing of civilians, especially in the North, a long-standing Southern and American fighting tradition "W" has abandoned in the Iraqi conflict... to his shame and ultimate undoing...)

Unfortunately, the Ku Klux Klan expropriated the Confederate Battle Flag after the war as a symbol of on-going defiance as if it were the symbol of the confederal government and of the inherent inferiority of Negros --which was the position of the formal Confederate government --but had nothing to do wtih the battle flag and its proper use, which was on the battlefield itself.

So the Confederate flag issue is a hopeless mess that is based on misinformation and reaches fever pitch at times.