National Cheerleading Week on March, 2022: Is cheerleading a sport? And if you don't belive so, why not? 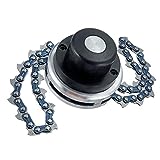 Most cheerleaders say “YES” while state and school officials say “no.” According to the National Federation of High School Athletic Associations, seventeen to twenty states of the United States consider cheerleading a sport. Why is the question, “Is cheerleading a sport?” such a controversial issue to anyone not involved with the sport? According to MSN Encarta, the definition of sport is an individual or group competitive activity involving physical exertion or skill, governed by rules, and sometimes engaged in professionally. Because cheerleading follows every aspect defined under the word sport, it is my belief that cheerleading should be defined as an actual sport.

The word cheerleader no longer means a sideline of squads that exist solely to support other sporting teams. Cheer teams are teams in their own right. College and high school cheer teams compete

for national titles just as football, basketball, baseball, etc. Cheerleaders are recruited for college scholarships that have been known to exceed amounts awarded to other sports teams. Some cheer teams put in more hours in the gym than teams such as football and basketball. Cheerleaders have to be in just as good physical condition as any other sport participant.

Cheerleading in the early years was nothing like the sport it is today. Over the past few decade cheerleading has evolved from leading audiences with simple arm movements to treacherous towers of humans and elaborate dances that are used to show the athleticism of cheerleaders. Cheerleading has developed from selections based on popularity to one that now claims some of the more talented athletes in the school/program.

Cheerleaders are not seen as athletes, but seen as being athletic. Cheerleaders are very specialized athletes. Most do not understand the skill and athleticism required by cheerleading. The gymnastics ability, power and strength make cheerleaders some of the more wellrounded athletes in sports. Cheerleading not only teaches coordination and helps condition competitors, but it also teaches teamwork, leadership, communication skills, organizational skills, productivity and much more.

Cheerleading contributes to the overall physical fitness of those involved. Many teams are in the gym four to six days a week working out, practicing, stretching and conditioning for upcoming performances or competitions. Running increases one’s lung power and endurance. Stretching, jumping, taking gymnastics and aerobics all help keep the body toned and healthy. So as you can see, cheerleading practice and workouts are much like those of other sports.

When it comes to funding issues, the sport of cheerleading is not equally supported. Monies are contributed to sports that do not consistently perform well. Cheer teams that do perform well usually do not receive the monetary compensations for their performances. Scholarships, donations from alumni, and extra funding to the school rarely get distributed to the cheer programs. Programs known for winning national titles over several years occasionally receive monies. I believe this occurs only once the administration realizes the need to keep those athletes in their program. Cheerleading does not bring the revenue to schools like football games; however, the publicity that some cheer teams contribute to the school can be profitable in other ways.

Being a co-owner and one of the head coaches for Clarksville Cheer Extreme, an all star cheerleading gym in Clarksville, Tennessee, I see the importance of the kids being in excellent physical condition. Most competition routines are 2 1/2 minutes in length of non-stop activity including jumping, running, tumbling, stunting and yelling. Two and one half minutes does not seem to be long, but for someone out of shape, it could be a lifetime. Our teams spend three months of their summer break conditioning and preparing for the upcoming competition season. The workout programs are intense and very much like other sports teams. Several exercises we use came from other sports workout programs.

Cheerleading a sport. Yes! If sports are defined as competitive activity involving physical exertion or skill, cheerleading has to be considered a sport. Because cheerleaders constantly put forth time, effort and dedication, it is hard for most to understand why the question has to be asked, “Is this a sport?” This question has been the cause for several all-star gyms to be created. Schools could not offer the competitiveness that several cheerleaders wanted to be a part of; therefore, all star gyms have been opened around the country to help the survival of competitive cheerleading and the sport of cheerleading.

Well some auditions are different....

example1: bring you in, call you up one by one, and perform a cheer of your choice

example 2: bring everyone in and have them perform a pre-chosen cheer

In cheerleading we do LOTS of jumps (herkie, pike, straddle) and some back handsprings etc

We also do lifts with the flyer on top.

We practice usually 2-3 times a week for 2 hours each time. We do lots of streching then tumbling then lifts then we practice our half time routine.

I is really fun being a cheerleader but it takes lots of practice and hard work. Website for whos going to National cheerleading competition this year?

The teams haven't been chosen yet.

We haven't even had State comp yet (This Saturday)

You could probably google it in a few weeks. National Sleep Awareness Week - Is there daylight saving time lag when it starts in March?