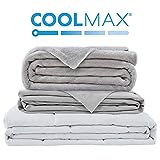 Not to answer your question with a question, but which is it that you want to do: stop talking about black history, or incorporate it in history-at-large? Black History Month, National Hispanic Heritage Month, Asian Pacific American Heritage Month, Native American Heritage Month, LGBT History Month, Women's History Month, and Jewish American Heritage Month all exist because members of these groups are historically underrepresented in the teaching of history. Their accomplishments and contributions to society are all too often deemed inconsequential and not worth discussing. These communities have taken it on themselves to promote historical figures and events as a way to remember the past and to educate the public. If all you've learned about black history in your lifetime is slavery, MLK, Rosa Parks, and Malcolm X, some of the fault is yours. There is a treasure trove of information available to anyone who's interested. The best part is, it's available all year long. What are the origins of black history month? Yeah they should publicize the other minority's months, because it's be nice to learn about the histories of other races. Yeah they do have months for all minorities. Yeah Native American month(National American Indian Heritage Month) is in November. Asians got a month (Asian Pacific American History Month) it's in May. Hispanic Heritage Month is on September 15 - October 12. They even have months for white people like Greek-American Heritage Month, Irish-American Heritage Month (both in March), Jewish-American Heritage Month (in May), German-American Heritage Month, National Italian-American Heritage Month, and Polish-American Heritage Month (all the.rest in October). There even have National Tartan Day (Scottish-American) on April 6th. But they just aren't well-known. I still don't get why the others aren't talk about more often. I think they reason why Black History month is more popular than the rest is because of slavery, civil right movement, etc. people tend to forget about the other races. I think some people tend to think that hispanics just recently cross the border and Asians just recently got off the boat. I don't think a lot of people realizes that these people both here for awhile too. A continuous Hispanic presence in the territory of the United States has existed since the 16th century, earlier than any other group after the Native American. Asians been here since 1763 when Filipinos established the small settlement of Saint Malo in the bayous of current-day Louisiana after fleeing mistreatment aboard Spanish ships. Chinese first come to here(Hawaii) in 1778. Some Island-born Chinese can claim to be 7th generation.

So if you didn't want to read what I wrote up there pretty much what I'm saying is that every race deserve to have there history told not just black people. So maybe if more people become aware of the other heritage months, maybe they will become more well-known and have commericals for them and we have more people celebriting them. Responsible Pet Owner's Month - Please help me, I need advice on my cat, thank you x?