Race Unity Day 2022 is on Wednesday, June 8, 2022: Why are AfricanBlack Americans socially and culturally aware of race, more than whites?

I must disagree. It is because we don't truly value race is why we suffer. Whites on the other hand may squabble with each other but at the end of the day they will always side with their race. Blacks are and have always valued ethnicity or nationality over race. If we did value race we would be able to put aside our differences and unite under the banner of race world wide. We would have never sub-integrated and assimilated into the societies and nations of White people. We would have built our own nations that exclusively benefits the needs of Black people world wide without the fear of being viewed as being racist by people who ultimately care more about the man in the moon than us. There would be no nation of Black people that would be in utter shambles like Haiti. Haiti suffered the devastating effects of an earthquake followed by the outbreak of disease and now she is being pounded by the rain and 80 mph winds of hurricane Tomas and the whole of Black people are helpless to do anything. In fact you have some Black people that will claim national allegiance first over racial allegiance and claim that they are not Haitian and Haitians have to deal with their own problems. Right now African nations are being invaded and divided by foreigners. Sudan is the land of the Nubian people the origin of all Black people and Arabs are running through her like a child running through a field of wildflowers. While this happen there is no response by Black people other than the shaking of our heads and the gratitude it's not us in the same position.

No what you are witnessing is not is racial consciousness but the awareness that we are not in control of our destinies. What you see as awareness is really the silent acknowledgment that while living in the world built by White men we will never be his measure no matter how hard we try. What you see is the reality sinking in that we are completely dependent upon his benevolence and compassion for our survival. During hurricane Katrina Black families were broken up like slaves and though some pastors went down their and some athletes went down their we still needed FEMA and the government response of the White man world to save us. The Black mayor finally boiled over cried to the government of the White man for help because HIS people could do nothing to save themselves.

What you must ask yourself is if we are so racially aware why are we not more united? Why does our unity not empower us more? Why are we not a global contender. When you look at the populations of people on the earth you will see that Black people are the second most indigenous people on the planet. We are only exceeded by east Asians, So why don't we have a lions shares of the global power relative to our population? The only logical answer is because we are not united. Racial unity would give us the mind set to set in motion global empowerment. The thing the White man fears the most is being rules and conquered. He fears having done to him what he has done to others. In fact he has done to himself what he has done to others. In the creation and expansion of his empire he has even subjugated his own in order to maintain his ultimate goal of White dominance. These are the disgruntled White people crying foul. Even their actions ultimately serves his.

What you see from White men is not ineptitude or naivety but the peace of mind of being in the kingdom his forefathers built for him. He is living in the legacy of privilege. What you see as odd is truly a care free, burden free life. They don't discuss race relations because they don't have to. They are the one that create the standards that everyone else must live up to. Though Blacks may have been the labor force that built America we were not the intellect. Therefore America was not built by our rules or values for us specifically and therefore we have no claim over her. We get what they allow us to have. That is the truth of our situation and no amount of marching and boycotts will change that fact. 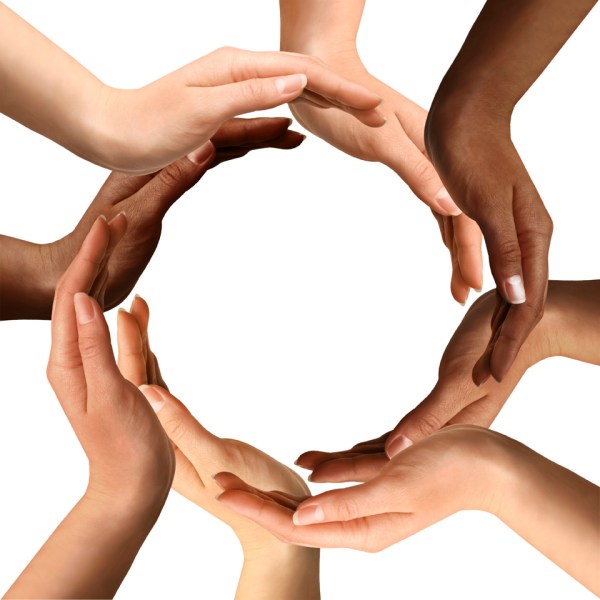 Culturally speaking, do black guys perhaps bash their women more than other races?

Yes, I don't see men of other races bashing their women nor making a public show of preferring women of other races. If and when they do, there is so much unity and protection the men of their race have, it really don't matter. Black women don't really have any man there for them, so it makes it very ugly for the black race. At the end of the day, this public hatred only makes the entire race weak. bp

Is their any unity amony young black men?

There was unity among us, till we were divided by the white elite nearly a century ago using the Split Labor Market strategy. Lighter skinned blacks were "let" in first along with lighter Hispanics, Asians and others. Then when they reach in, many turn their backs on their darker skin brothers and sisters--forgetting that we all worked together to try to gain equality.

Dark-skinned women are shown to be "unattractive" or "one of the guys" like the character Candy on "Cuts" or the character Tichina Arnold played on "Martin." Even the least attractive male on "Martin" was ashamed to go out with her after the others (including Martin) picked the lighter girls and he was left with her--as the rest of them dogged him. Not to mention the insults heaped upon her. Also they are shown as the tough "Mammy. "Characteristics of "Mammy" include dark skin, a heavyset frame and large bust, and overall matronly appearance, complete with an apron around her waist and a kerchief on her head. She is overweight and dressed in gaudy clothing, as well as genial, churchgoing, and spiritual to the point of delusion — "Lord have mercy" is a common phrase associated with this archetype. She is compliant in the face of white authority, as in the Aunt Jemima and Margaret Mitchell's Gone with the Wind's Mammy character. One example is the black woman on "Grey's Anatomy." The woman on "Meet the Browns." Often they don't have all the "Mammy's" qualities...but they have enough to get the point across. There are also women with attitude ("Girlfriends"--Toni / Mya). Or they aren't shown at all--like in video games.

Dark-skinned men are shown to be "sidekicks" (Smallville--Pete, The Steve Harvey Show--Cedric), "Nerds" who girls don't want (Family Matters--Steve Urkel), Stupid (Family Matters--Eddie Winslow), (Malcolm and Eddie). And so on...

The only show that was an acception was Moesha...although Moesha's father was afraid of his new wife Dee--just like one of the kids. But that was a common derogatory image that was often used to mock all men.

Shows like "Girlfriends" where the dark-skinned woman (Toni) married a white man, called a dark-skinned man "too dark" and had relations with a white senator who she told not to pull her hair because it was a weave. As for "One on One" where Flex and his ex-wife (two dark-skinned people) have divorced and are sniping at each other, Flex searches for pale Hispanic girls, Flex searches for light-skinned sisters, his dark-skinned daughter Bryanna goes out with a light-skinned guy (Arnaz) then goes out with a white guy, increases the feeling that many dark-skinned people feel that we don't consider ourselves good-looking. That's another reason for the conflict.

Many of us will openly insult those we see as "competition" in order to gain an advantage. Lines like she has "good hair," he has "fair skin," wasn't made up by blacks. It was passed down from the civil rights era and was the view held by white America concerning people with skin tone and hair color that closely resembled that held by white people. They felt that the less African you are the better looking you were. The "brown paper bag test" (if you were lighter than the bag) allowed some in the black community to be in elite clubs, pass for white and escape racist practices. Eventually they formed their own "light" elite, excluding the other darker shades of black people.

Also it is the dark-skinned males that people (women) are afraid to sit next to on the train or who see someone crossing the street just ahead of them because they're afraid of the "big, black brute."

When they commit crimes the newspapers will call them "monsters" while no one has ever referred to Timothy McVeigh or Son of Sam as monsters.

I'm not excusing the behavior, I'm explaining it. I don't blame either dark or light-skinned, however those with light skin should remember that when they win Miss America pageants (women--Vanessa Williams) or get put on TV as the object of female desire (Arnaz--everyone woman swoons when she sees his chest) that they are still black. And once the white elite has removed or subdued all of the darker skinned people to the ghettoes, through police brutality, through housing discrimination and has finally shown them as the "problem" in every community--then the gloves will come off and they will call for the jailing or extermination of all black people...

We must work together for equality before we are trodden into the ground. 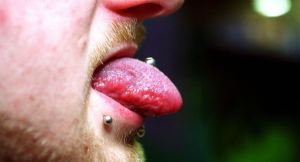 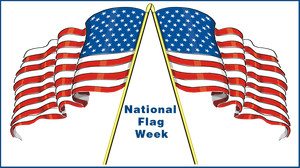 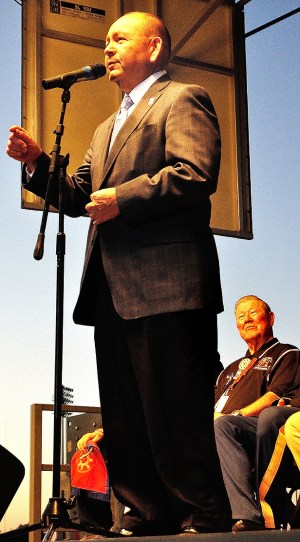 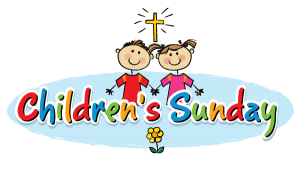 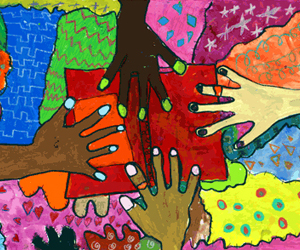 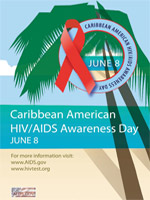 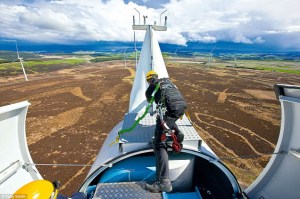 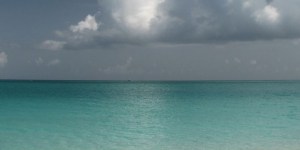 World Oceans Day - How many days do you recommend for Worlds of Fun and Oceans of Fun? 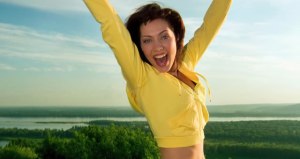