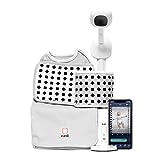 In Nevada, we, the tribal people were not allowed by the US Government to do our traditional dances on any days except those designated by the US Government. The days the US Government allowed us to do our dances were days that were important to them, not us, namely Independence Day. We would have preferred to do our dances when WE wanted to but that was not allowed so we danced on Independence Day. This made it look like we were celebrating Independence Day when we were not. However, over time, for my tribe in particular to have a 4th of July Pow Wow/Traditional Dance (called a Fandango by whites in earlier days), has since become tradition. It is still not a celebration of "independence" but more a cultural celebration. Additionally, these days we can and do dance on other days as well. Most accounts of Native Americans seem to indicate they were better-adopted and better-suited at first to thrive on the lands of the Americas than were the first Europeans (whites). The earliest recorded whites on the North American continent eventually went back to Europe or died out in North America. These were the Vikings or Norsemen and this was as early as the 10th century C.E.

There is speculation that Europeans - most likely Caucasians - had migrated to North America during the last Ice Age (which ended about 10K to 12K years ago), but either perished or were absorbed into the gene pools of other migrants from Asia (whom we now call Native Americans).

Starting in the late 15th century, Europeans migrated from Spain, Portugal and eventually Holland to the Americas. These early Europeans were better-organized and suited for survival in the Americas, but didn't fair very well against Natives of the interior land masses, so either retreated to more coastal areas or interbred with the natives.

It really wasn't until the early nineteenth century that the very best organized and "hegemonous" Caucasians of European descent were better-suited and equipped to settle more interior land masses and threaten the ways of the natives there.

To answer your question, the Native Americans for the most part never, ever considered themselves retarded or in any way inferior to the "white man." They seem to have believed whites were different and more abusive toward nature, or even perhaps inferior to THEM. They seem to have believed, despite the technological and political advances of whites, that whites were bad and counter to the ways of the gods and of nature.

Of course, some Native Americans believed their survival might depend on adapting the ways of the white man or even interbreeding with whites. But largely, Native Americans, who survive for the most part to this day, seem to believe "Euro" culture is flawed enough that it will perish before Native American cultures do.

Were The Aztecs Native American?

Native American is a legal term, only used by ONE country.....the US. They created it to denote their political and legal relationship with the 565 different tribes of the US. The Aztec never lived in what is modern-day US......so while yes, they are indigenous, they are still NOT Native American. National School Lunch Week - What are the school Schedule in Algeria? International Day for Failure - Why do people say "May Day" when there plane is going down? National Kick Butt Day - Boobies or butts which do u prefer? Navy Birthday - When is Navy Ball?