National Shake Month on September, 2023: This may be a silly question, however, Can a baby give themselves Shaken Baby Syndrome? 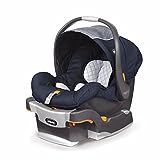 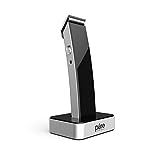 Sadly too many people think that SBS can be caused by rough play and normal activities. Its not to say that you can't hurt a baby with rough play but you won't cause SBS; and giving misleading information about it does not help anyone.

Any impartial observer witnessing something that could cause SBS would know that what they are seeing is child abuse, end of story. Now parents that are angry and have lost control are not impartial observers.

The National Center and its International Advisory Board issues this position statement on the relationship between shaken baby syndrome and normal affectionate handling or innocent play activities:

Shaken baby syndrome, which may result in severe brain trauma, is caused when a child is violently shaken such that the head is subjected to back and forth motion in one or more directions resulting in rapid repeated severe acceleration and deceleration of the head. The medical literature and ongoing research around the world have characterized shaken baby syndrome as well as other forms of accidental and non-accidental injury. Activities involving an infant or a child such as tossing in the air, bouncing on the knee, placing a child in an infant swing or jogging with them in a back pack, do not cause the brain, bone, and eye injuries characteristic of shaken baby syndrome.

The National Center on Shaken Baby Syndrome recognizes and supports positions offered by The American Academy of Pediatrics (AAP) and the National Association of Medical Examiners (NAME) in reference to the mechanisms that cause shaken baby syndrome. The forces required are distinctly different than those sustained by children in the activities described above or in short falls.

The act of shaking leading to shaken baby syndrome is so violent that individuals observing it would recognize it as dangerous and likely to kill the child. Shaken baby syndrome injuries are the result of violent trauma. The constellation of these injuries does not occur with short falls, seizures, or as a consequence of vaccination. Shaking by itself may cause serious or fatal injuries. In many instances, there may be other forms of head trauma, including impact injuries. Thus, the term shaken/slam syndrome (or shaken-impact syndrome) may more accurately reflect the age range of the victims (who are not always babies) and the mechanisms of injury seen. Such shaking often results from tension and frustration generated by a baby's crying or irritability, yet crying is not a legal justification for such violence...

...Shaken baby syndrome awareness programs that erroneously state that shaken baby syndrome may be caused by bouncing a child on a knee, by tossing him in the air, or even by rough play are to be discouraged, because they are inaccurate and may cause parents who have not abused their child to feel guilty. (American Academy of Pediatrics [AAP], 2001)

...experts in many scientific fields have investigated whether such apparently innocent practices as tossing a baby into the air and other playful maneuvers might cause brain damage by a similar shaking mechanism. Currently, it is generally accepted that such playful practices do not result in injuries to the young child's brain. The type of shaking that is thought to result in significant brain injury involves holding the child by the thorax or an extremity and violently shaking the child back and forth, causing the head to forcefully whiplash forward and backward with repeated accelerations and decelerations in each direction. (Case et al., 2001) Yes, protein has the same caloric value as pure sugar (4 cal/gm). And, shakes are terrible for dieters because they load you up with calories but give you little appetite suppression and digestive satisfaction. Don't consume any more protein than you need. Here's the story.

Your body does not store protein. So, a protein supplement can only benefit you if your diet is deficient in protein. And, if it is deficient, fix the diet. Eat food.

Protein is the most misunderstood nutrient in bodybuilding. I don't have the space to tell you all you need to know so I'll just hit the high spots and if you need more info, you can message my Yahoo account.

Don't listen to muscleheads, gym rats, bodybuilders, personal trainers, and even coaches about protein. Most of them believe what decades and $$$$millions in supplement advertising have been telling them...that they need a lot of protein to build muscle. Not true. Here's how much you need according to the best minds in the world at the US CDC, the people our doctors (in the US) listen to. --> You can easily get that amount of protein with a glass of milk and a chicken breast or piece of meat per day. If you consume more protein, you'll only excrete it or burn it and both are a waste.

Bodybuilders don't work as hard as they would like to believe. Construction workers, migrant field hands, movers, UPS drivers, etc. all work much harder every week. And none of those people worry about protein or take supplements for their jobs. They just eat a good diet and their bodies adapt with no problem. A bodybuilder can only work out 10 hours a week at the most because of the recovery time required by the muscles. Marathon runners, boxers, Olympic athletes, Navy SEALs, Army Rangers, etc. all train much harder and they do it without supplements.

Most protein supplements are scams. According to the US National Institute of Health, you should use supplements only when recommended by a doctor. ---> That's good advice because the government does not require testing so you won't be protected by the FDA as you are with food and drugs. Also, many supplements have been found to be contaminated and dangerous.

Check out this list of over 60 dangerous supplement products sold with bogus advertising claims which scam-site bodybuilding.com was forced to recall and take off the market --> .

All you need to make the gains you can is food. There is an abundance of information to prove this point. So, I will give you examples and cite references in the space I have left. Just be sure to ask yourself if you ever saw any good scientific evidence suggesting you need 1 gram of protein per pound of body weight or more. The answer will be no. That's a huge myth. And, all the naysayers who disagree with me will not have any good science for you. All they'll have are ads, phony reviews, bogus testimonials, false scientific sounding white papers, bad blogs, scam sites, etc. all paid for by scammers like this one. --->

Here's what Consumer Reports had to say ---> Ref:

If you have any doubts about the citations and references above, talk to the person who understands best how your body works....your doctor.

It's good to be strong but it's better to be smart and strong. Protein shake.. no gain in weight..?

Stop the shake and start eating a proper supplement-free diet of food.

The most popular protein supplements are no more than milk with the nutrition extracted leaving the whey which is then sold for several times the amount you would pay for dehydrated milk. The result is you get less nutrition and spend more money. How does that make sense?

Your body does not store protein as it does fat. It makes the protein it needs when it needs it. And, if you're building muscle, it needs it over the entire recovery time between workouts and not just before or just after working out. That makes the idea of dumping a bunch of protein into your system at one time senseless.

Most people grossly overestimate the amount of protein they need. Here's how much you need according to the NIH. --> . Most people in the developed world get that amount of protein in their daily diet because it amounts to no more than a glass of milk, some beans, and a piece of meat. Excess protein is just wasted and most will be excreted by the body.

Protein supplements are also bad for diets because they are not whole food, have almost no fiber, still contribute calories, but cannot provide the satisfaction and appetite suppression of a natural digestive process.

Here's why protein shakes should be avoided:

• They are not carefully controlled by the FDA as are foods and drugs.

• They may have harmful or undesirable side effects.

• May contain metabolically or biologically unavailable proteins because of processing.

• Will probably provide more protein than you need with the rest going to waste.

• Provide you with extra and unnecessary calories.

• May contain junk food ingredients to make them tasty.

• Possibly provide you unwanted contaminants or toxins. FDA does not require testing.

• Are overpriced and waste money.

• Can ruin a fat loss diet.

The secret to building muscle, burning fat, gaining weight, and eating healthy is very simply to eat the correct and optimal amount of wholesome, varied, and high quality foods as recommended by the US National Institute of Health. Now here are some references from the experts. Ref-->

Here is what the US National Institute of Health warns about supplements. "Always check with your health care provider before taking a supplement, especially when combining or substituting them with other foods or medicine."

Here's what Consumer Reports had to say..."But our investigation, including tests at an outside laboratory of 15 protein drinks, a review of government documents, and interviews with health and fitness experts and consumers, found most people already get enough protein, and there are far better and cheaper ways to add more if it's needed. Some protein drinks can even pose health risks, including exposure to potentially harmful heavy metals, if consumed frequently. All drinks in our tests had at least one sample containing one or more of the following contaminants: arsenic, cadmium, lead, and mercury. Those metals can have toxic effects on several organs in the body."

Check out this video --> Passion Fruit and Peach Month - Can I lose 12kg in 2 months yes or no?