I am in the San Francisco South Bay Area (San Jose) and the search here was very difficult too. Have you tried ICAN the International Cesarean Awareness Network:

They have a group at Yahoo Groups online:

And there is more than likely a local group too!?

I would start by contacting local midwives and see if they can recommend an OB or a hospital, although the way things are going it is easier to find a midwife and have the birth out of hospital. Try searching through:

They usually have the inside heads-up about who to see and who not to see!!!

I too had an emergency c/s at 41 weeks after being induced and having a really long labor! I have been talking with a midwife near me, and discussing pre-conception nutrition and pre-conception counseling. My c/s child will be four this July and we hope to conceive in of after September!!! She has been able to point me in a lot of great directions but I am going to plan a homebirth, because the hospital nearest to me has a NO VBAC policy too. Feel free to tap my brain anytime, just email me. I am always interested in others stories that are on the same journey as myself! Well I hope I have pointed you in the right direction!!! Good Luck! 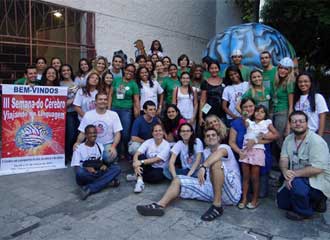 Can someone answer a question about SBS?

Its false, and it absolutely it takes away from solving the real problem of SBS by spreading this information.

Any impartial observer witnessing SBS would know the baby is being abused, and in most cases so would the person doing the abusing if they weren't blinded by anger.

SBS is NOT CAUSED accidentally through play.

The National Center on Shaken Baby Syndrome fields numerous calls from anxious parents and care givers each week, wondering if everyday play activities can possibly cause shaken baby syndrome. These parents usually call after a well-meaning relative or friend has cautioned them regarding such activities as using an infant swing, tossing a child in the air or bouncing a baby on the caregiver's knee. These callers are reassured once a staff member from the National Center explains SBS/AHT and the violence necessary to cause it.

The National Center and its International Advisory Board issues this position statement on the relationship between shaken baby syndrome and normal affectionate handling or innocent play activities:

Shaken baby syndrome, which may result in severe brain trauma, is caused when a child is violently shaken such that the head is subjected to back and forth motion in one or more directions resulting in rapid repeated severe acceleration and deceleration of the head. The medical literature and ongoing research around the world have characterized shaken baby syndrome as well as other forms of accidental and non-accidental injury. Activities involving an infant or a child such as tossing in the air, bouncing on the knee, placing a child in an infant swing or jogging with them in a back pack, do not cause the brain, bone, and eye injuries characteristic of shaken baby syndrome.

The National Center on Shaken Baby Syndrome recognizes and supports positions offered by The American Academy of Pediatrics (AAP) and the National Association of Medical Examiners (NAME) in reference to the mechanisms that cause shaken baby syndrome. The forces required are distinctly different than those sustained by children in the activities described above or in short falls.

The act of shaking leading to shaken baby syndrome is so violent that individuals observing it would recognize it as dangerous and likely to kill the child. Shaken baby syndrome injuries are the result of violent trauma. The constellation of these injuries does not occur with short falls, seizures, or as a consequence of vaccination. Shaking by itself may cause serious or fatal injuries. In many instances, there may be other forms of head trauma, including impact injuries. Thus, the term shaken/slam syndrome (or shaken-impact syndrome) may more accurately reflect the age range of the victims (who are not always babies) and the mechanisms of injury seen. Such shaking often results from tension and frustration generated by a baby's crying or irritability, yet crying is not a legal justification for such violence...

...Shaken baby syndrome awareness programs that erroneously state that shaken baby syndrome may be caused by bouncing a child on a knee, by tossing him in the air, or even by rough play are to be discouraged, because they are inaccurate and may cause parents who have not abused their child to feel guilty. (American Academy of Pediatrics [AAP], 2001)

...experts in many scientific fields have investigated whether such apparently innocent practices as tossing a baby into the air and other playful maneuvers might cause brain damage by a similar shaking mechanism. Currently, it is generally accepted that such playful practices do not result in injuries to the young child's brain. The type of shaking that is thought to result in significant brain injury involves holding the child by the thorax or an extremity and violently shaking the child back and forth, causing the head to forcefully whiplash forward and backward with repeated accelerations and decelerations in each direction. (Case et al., 2001) 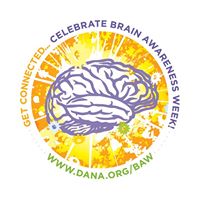 In answer to why do we dream, this is what Wikipedia has to say:

Psychologist Joe Griffin, one of the founders of human givens psychology, has proposed the expectation fulfilment theory of dreaming. On the basis of a twelve-year study, Griffin claims that dreams are expressed in the form of sensory metaphors. In a New Scientist interview, Griffin stated that "...ordinarily dream sleep does a great housekeeping job for us[,] bring[ing] down our autonomic arousal level." Griffin's expectation fulfilment theory of dreams states that dreams are metaphorical translations of waking expectations. Expectations which cause emotional arousal that is not acted upon during the day to quell the arousal, become dreams during sleep. Finally, he holds that dreaming deactivates that emotional arousal by completing the expectation pattern metaphorically, freeing the brain to respond afresh to each new day.

Michel Jouvet's research has suggested that instinctive behaviours are programmed during the REM state in the fetus and the neonate. This is actually necessarily in the form of incomplete templates for which the dreamer later identifies analogous sensory components in reality. These analogical templates give dreamers the ability to respond to the environment in a flexible way and generate the ability to learn, rather than simply react.

The expectation fulfillment theory of dreams has introduced a more practical way of using dream metaphors in therapy. Human givens therapists know that dream metaphors that clients bring to therapy have therapeutic value because they can often grasp through the metaphor what is worrying their patient. They can then help clients to see more objectively what is troubling them. Depressed humans dream more intensely than nondepressed humans, and the expectation fulfillment theory explains why Griffin also proposed that hypnosis is most usefully defined as a direct route to activating the R.E.M. state, and that all hypnotic phenomena can be explained with this insight. Since trance and suggestion play such an important role in psychotherapy, this fact is of great significance to psychotherapists and counsellors.

Embodied Imagination is a therapeutic and creative form of working with dreams and memories pioneered by Robert Bosnak. It is based on principles first developed by Carl Jung, and on the work of James Hillman, who focused on the soul as a simultaneous multiplicity of autonomous states. From the point of view of the dreaming state of mind, dreams are real events in real environments. Based on this notion, one can “reenter” the landscape of a dream and flash-back to the images, whether it is a memory from waking life or from dreaming. One enters a hypnagogic state, then, through the process of questioning, images are explored through the perspective of feelings and sensations manifested in the body, enabling new awareness to develop.

On a personal note, I know that I dream in color, however I have spoken with others (mainly men) who claim to dream in black and white. The best way to remember your dreams is to keep paper and pen by your bedside. Then just as soon as you awaken, write doen anything you can remember. Doing this repeatedly will help you to remember your dreams.

The International Association for the Study of Dreams has this to say about nightmares: Nightmares are very common following a traumatic event. Whether they picture the traumatic event directly, or involve other images and themes, or both, they probably reflect a normal healing process, and will diminish in frequency and intensity if recovery is progressing. If after several weeks no change is noted, consultation with a therapist is advisable.

Adults average 7-8 hours sleep each night to be well rested. Older adults actually sleep less than all other age groups. Although older adults are more apt to sleep for shorter periods of time more frequently.

Once again, Wikipedia gives us an explanation of what happens when we sleep.

Non-REM accounts for 75–80% of total sleep time, and consists of four stages:

Stage 1, with near-disappearance of the alpha waves seen in awake states, and appearance for the first time of theta waves. The stage is sometimes referred to as somnolence, or "drowsy sleep". It appears at sleep onset (as it is mostly a transition state into Stage 2) and is associated with the sudden twitches or hypnic jerks many people experience when falling asleep. While these are normal and of no concern, the hypnagogic hallucinations which some people may experience at this stage can be more troublesome. During this period, the subject loses some muscle tone, and conscious awareness of the external environment: Stage 1 can be thought of as a gateway state between wake and sleep.

Stage 2, with "sleep spindles" (12–16 Hz) and "K-complexes." The EMG lowers, and conscious awareness of the external environment disappears. This occupies 45–55% of total sleep.

Stage 4 is true delta sleep. It predominates the first third of the night and accounts for 10–15% of total sleep time. This is often described as the deepest stage of sleep; it is exceedingly difficult to wake a subject in this state. This is the stage in which night terrors, bed wetting, sleepwalking, and sleep-talking occur.

REM sleep is popularly associated with dreaming, especially bizarre, visual, and seemingly random dreams; however, dreams can also occur during sleep onset (hypnogogia) and during all stages of Non-REM sleep[citation needed]. REM sleep is predominant in the final third of a sleep period; its timing is linked to circadian rhythm and body temperature. The EEG in this period is aroused and looks similar to stage 1, and sometimes includes beta waves. Also known as Stage 5 sleep.

Sleep proceeds in cycles of NREM and REM phases. In humans, the cycle of REM and NREM is approximately 90 minutes. Each stage may have a distinct physiological function. Drugs such as alcohol and sleeping pills can suppress certain stages of sleep (see Sleep deprivation). This can result in a sleep that exhibits loss of consciousness but does not fulfill its physiological functions.

Each sleep stage is not necessarily uniform. Within a given stage, a cyclical alternating pattern may be observed. Both REM sleep and NREM sleep stages 3 and 4 are homeostatically driven; that is, selective deprivation of each of these states subsequently causes a rebound in their appearance once the person is allowed to sleep. This finding leads to the ubiquitous assumption that both are essential in the sleep process and its many functions. REM sleep may also be driven by a circadian oscillator, as studies have shown that REM is temporally coupled with the circadian rhythm of temperature. 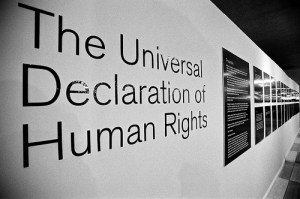 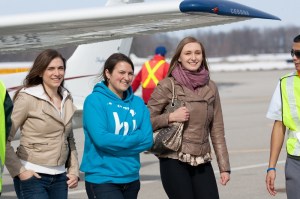 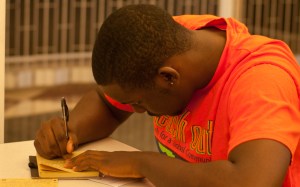 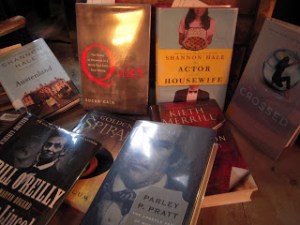 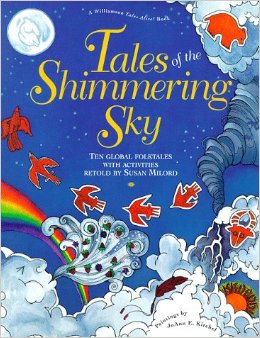 National Consumer Protection Week - Bush supporters: Can you please explain to me why some of you believe GWB is the best president in 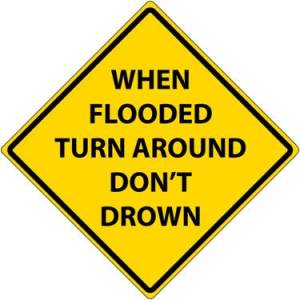 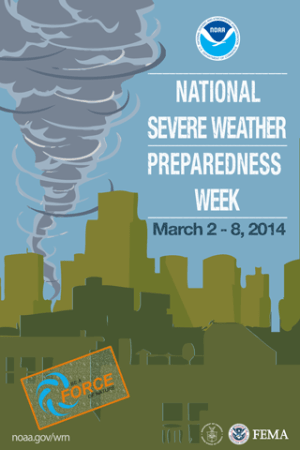