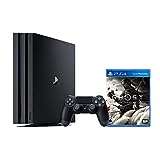 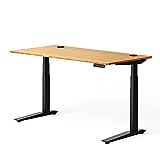 The practice is generally that lay followers take the five or the eight precepts. Often, they might go to a monastery or temple and hear dhamma talks, and usually, celebration culminates in a meditation vigil.

This is a general answer. On those days, there really is no dancing or what-not, as it would violate one of the eight precepts.

The link below on Lay Buddhist practice has a section called Uposatha. This will describe typical layfollower practice on Observance Days. What do u guys do on Vesak day? (Buddhists)?

In my tradition (Tibetan Buddhism) Vesak day is called Saga Dawa. I always do three things: First, I take the day off from work so I can focus on the dharma and spend as much time in a spiritual frame of mind as possible Second, I spend extra time in meditation practice, especially focusing on tonglen meditation to help heal the suffering of the world. Third, I look for an activity in the world to do to help others who are suffering -- such as visiting hospitals, volunteering at a shelter, or gathering up contributions for the needy. I generally also send a check to my temple. This day celebrates Buddha's birthday, which occurred 2,500 years ago - traditionally in 563 BCE.

Buddhist temples and centers usually hold a ceremony in honor of this event. The details of the ceremony vary by tradition and country, but it usually includes chanting, ritual offering of food and flowers, and the making of symbolic gifts (for example, in some traditions monastics are given small amounts of money).

There is almost always food provided for those who attend the ceremony.