Boomer Bonus Days 2022 is on Friday, April 1, 2022: I have a question about how to calculate bonus points into your grade? 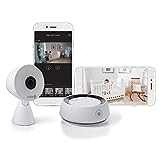 Amer has the correct idea. It's ultimately how the instructor interprets the scheme.

Remember that your instructor has the final word. This is why students are reporting GPAs in excess of 4.0. Back in my day Four-Oh was perfect. Sheer grade inflation. Probably has something to do with why having a bachelors degree is the equivalent of what a high school diploma was worth in the 1930s.

But then I'm a Boomer dinosaur. Never mind. Not meant to be a rant, just a expression of understanding on my part (the light bulb over the head in cartoons).

"There are lies, damned lies and statistics." - Mark Twain Awesome, we need more Nukes in the Navy! Are you EM, ET or MM? You may not know yet. Anyway, my husband just finished all three schools for the Nuke program and I can tell you what I know.

A-school starts every 3 months as far as I know and the length varies from 13-26 weeks based on rate. During that time, you'll have to wear your uniform off-base and stuff, until you've done well enough and don't get put on restriction or something. A-school is a piece of cake, it's just reviewing math and stuff.

Power school is next, and it's a classroom session, too, and it's way harder. This school is six months long and you should get 2 weeks leave between A-school and power school, and there is a graduation ceremony after every school. Power school is where you start learning the more serious stuff that you can't share with anyone, period.

After that school you should get some leave time and then go on to Prototype (NPTU). Now, A school and Power school are both in Goose Creek, SC, but there are two Prototype schools. One is in Goose Creek and the other is in Ballston Spa, NY. From what I've been told, there are two real submarines in SC and just a building in NY. Both are totally outdated and hard to maneuver, even more than an actual submarine. Either way, you'll work on a live reactor and have an instructor with you almost always. This school is also six months long. MM's have the chance to go to welding school which is in Groton, CT I think. After the hands-on training at Prototype, you'll receive orders.

As far as subs go, Boomers (SSBN's) have a standard sea schedule, 3 months at home, 3 months at sea, with a blue crew and a gold crew that rotate. SSGN's, however, do not. They do a single 6-month deployment every year and a half, but they're gone during that time. My husband is on the Virginia and he's gone now, even though he's not on a deployment (6+ months at sea). These short in-and-outs are called underways. Carriers can be nice, too, but you're working with 5,000 people rather than 150 on a sub.

Anyway, there's some general info. You will probably go from RTC in Great Lakes directly to SC and be put on T-track (hold) until there's enough people for your class, which can take a few weeks to three months. It just depends on how many people are attending, as there are about 25-30 students needed per class-up. A-school is a lot more relaxed, it's not like boot camp. The real Navy is nothing like boot camp, just keep telling yourself that the eight weeks you endure at boot camp isn't permanent. By the time you reach the fleet you'll realize what a joke it is. Not to mention, battlestations has been redone, so that should be a lot of fun :).

Keep quiet, do your best and don't volunteer for anything, because when you get to A-school, no one cares if you caught more crap because you were RPOC or anything else. I was the RSPO and my husband was the Laundry PO (lol) and it was not the brightest decision...get your stuff done and get out, that's the thing to remember.

Congratulations on becoming part of the top 10% of the Navy. Being a Nuke has its advantages, like promotion to E4 after A-school or Power school, I don't remember which. Good luck--tough program, great rewards...like bonuses :).

Pharmaceutical Sales As a New Career for Retired Baby Boomer?

Possible but probably will be very hard to do... I say this only b/c most that are in it now are young and "fresh." Nothing against being a baby boomer - and it may seem discriminative - but it's fact. Many times younger folks are easier to shape or mold to one manager's style of selling; older people are sometimes set in their ways and are less pliable, if you know what I mean. Again, not to say you aren't or couldn't be molded into the best selling machine on earth....

I didn't have a prior sales record but did have a career as a nurse (so, strong science background). Plus, I knew every prescriber on whom I would later call simply by working in area hospitals.

The only thing I could offer you is to go for it. You have nothing to lose, do you? Have your resume professionally updated, then visit

Monster.com and apply at will. You might even try to schedule a "ride-along" with an area representative... maybe half a day or a few hours. This way, during the interview process, you can mention that you know what it takes, having spent some time with a rep. I also recommend "Knock 'em Dead" by Yates or Yeates... this book is instrumental in learning how to answer the questions they throw at you during the interview process (having not had a sales background, as in my case).

I've been at this for 8 years now and it has been a great ride. But things are already changing. My company (a large one) will be having layoffs before April. Other companies have already done the same and more are going to cut their field reps b/c of managed healthcare constraints. There are PLENTY of generics available today... and it's extremely hard to battle insurance companies. Our bonuses aren't what they used to be, either... and this spans industry-wide, not just with my company.

Best of luck and remember, you have NOTHING to lose by interviewing.... right?